Includes dust, dirt, soot, smoke and liquid droplets directly emitted into the air by sources such as factories, power plants, cars, construction activity, fires and natural windblown dust. Particles formed in the atmosphere by condensation or the transformation of emitted gases such as SO2 and VOCs are also considered particulate matter. PM is usually divided up into different classes based on size, ranging from total suspended matter (TSP) to PM-10 (particles less than 10 microns in aerodynamic diameter) to PM-2.5 (particles less than 2.5 microns). In general, the smallest particles pose the highest human health risks and are the hardest to capture.

Large Particulate (>10m) TSP: Relatively easy to capture in mechanical type devices such as cyclones and drop-out boxes. Due to their large size they respond to gravitational and centrifugal forces.

Small Particulate (1-10m) PM10: These particles are harder to catch and baghouses, dry ESPs, or some type of scrubber like High Energy Venturi & Jet Venturi can by used to collect these particles with reasonable pressure drop.

Sub-micron Particulate (0.1-1.0m) PM2.5: These particles are the hardest to capture and pose the greatest risk to human respiratory systems. These particles respond best to electrostatic and brownian forces. High Energy Venturies and WET ESPs are the most efficient method of collection for these particles due to their relatively low pressure drop, corresponding low energy usage, small footprint and high collection efficiencies. 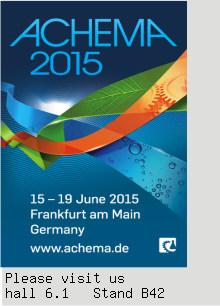